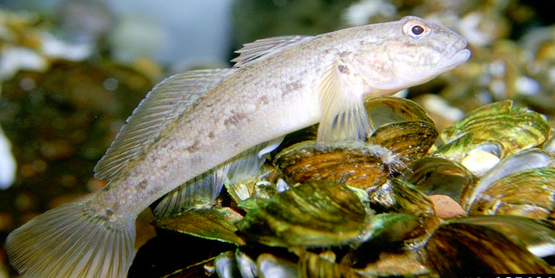 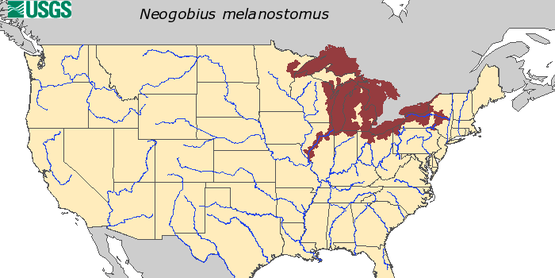 Native to Eurasia, the round goby is a highly invasive fish and was first discovered in the Great Lakes basin in 1990 by recreational anglers. The round goby has invaded all of the Great Lakes and many of its tributaries through ballast water and natural migrations. This invasive has not spread to Skaneateles Lake but is undergoing dramatic population increases and has been found migrating down the Oswego River.

The invasion of round gobies has very real environmental and economic impacts. Being prolific breeders, the round goby has been reported at densities of several dozen per square meter. Where abundant the round goby causes declines in native fish populations through its aggressive defense of nesting sites, predation on native fish and their eggs, and competition for food resources. Additionally, recreational anglers find the round gobies a particular nuisance because of their competition with popular game fish and aggressive removal of bait from hooks.

Round Goby on the New York State Invasive Species Clearinghouse site covers background and mapping of the species.

Round Goby Invasion - an article on the round goby invasion along with the current research and future needs.

A Primer on the Round Goby (p.2) in "Alerting Lakeshore Communities About the Invasive Round Goby" a NY SeaGrant publication online.

Round Gobies Species Profile on the USDA National Invasive Species Information Center website provides a brief profile on the species.

There are no upcoming events